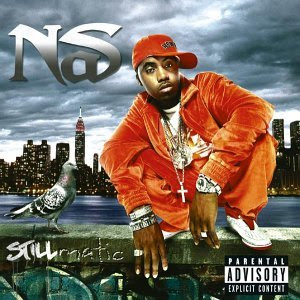 Back in 2001 Nas announced he would be releasing an album called Stillmatic and hip hop fans everywhere hoped that this would be the album to finally bring Nas back to his Illmatic form. Some of the ingredients from Illmatic were in place, Nas had once again enlisted DJ Premier, Large Professor and LES to supply beats. All of whom had laid down tracks for the original and undisputed classic Illmatic. However unlike Illmatic there was no sign of the other legendary producer who had contributed to the 1994 classic; Pete Rock. Fans eagerly awaited the album hoping that it would satisfy, refusing to be pessimistic after the lacklustre Nastradamus. Thats the thing with Nas hip hop fans always fall into the track of hoping he'll drop another classic but often the best we get is a decent 12" or two before being subjected to some Salaam Remi or even worse Trackmasterz.
Needless to say Nas did his usual trick and gave us an album with a few dope tunes but essentially another disappointment. The dope tunes however where very dope indeed. Large Pro gave us a couple of his dopest beats for years with You're the Man and Rewind which coupled with inventive rhymes from Nas made these tracks as memorable as some of their previous collaborations. DJ Premier however really changed his style for the track that he contributed. Around the time of this release Premier had been releasing tracks that although very dope had all been a little similar in style and tempo. But as with Devin the Dude's Doobie Ashtray the previous year Premier slowed things down for the beat behind 2nd Childhood. 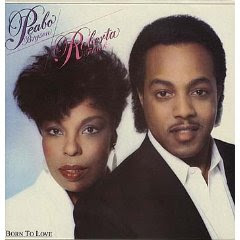 Premier took the opening to Peabo Bryson and Roberta Flack's Born to Love from the album of the same name released in 1983. Premier chops it up expertly using the opening bars to create the basis of 2nd Childhood, throw in a few signature Premier scratches and we have another Nas Premier classic. The original Peabo and Roberta song was produced by Peabo and released on Capitol Records. It is a classic early 80's soul duet complete with cheesy bass riffs and harmonizing melodies from Peabo and Roberta. To some extents its a bit of a cliche but its done so well its hard not to like it.
Premier uses it to create a darker track matching Nas's tales of people finding it hard to let go of their youth despite everyone around them moving on. Lyrically this is a poignant track where Nas strays away from his Escobar persona to show some depth. Easily the best track from Stillmatic which apart from the Large Pro track was another disappointment. I wonder if that Nas and Premier album will ever really happen? I guess it'll drop just after the Ghost and Doom project.
Check the track, the instrumental and the sample below. 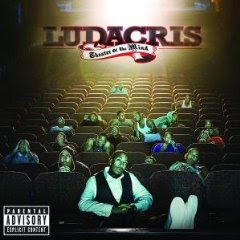 The new Ludacris album drops on Monday and it looks like its going to be a dope album. Sure it has all the usual suspects that you would expect production and guest wise but it also has serious hip hop heavyweights on it; Common, Nas, Jay-Z, The Game with Premier producing the joint MVP. Which you can check out via the link below. Premier gives Luda a slightly slower beat then he usually dishes out but it works well with Luda's accent. The beat has some nice strings in it and Premiers trademark scratches work well throughout the tack. Luda has always been one of my favorite Southern rappers, he can drop braggadocio like nobody else combining arrogance with a blunt sense of humour and good story telling skills when needed.
The album is called Theatre of the Mind and it drops on the 24th of November, do yourself a favor pick it up.
The first Southern rapper on a Primo beat
at November 19, 2008 No comments: 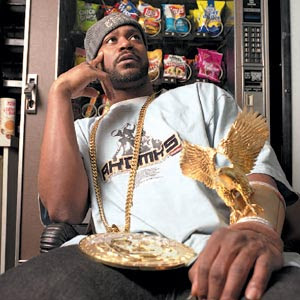 Ghostface Killah is back with a new album set to drop on December the 16th of Def Jam. The set will be available as a single CD or bundled with a DVD chronicling the artist's recent tour.

"GhostDeini" is a compilation of rare, unreleased and new tracks similar to 2006's More Fish. It includes "Ghostface Christmas," a remix of "Be Easy" featuring Ice Cube" and a remix of "Kilo" with Raekwon and Pusha T. "Slept on Tony" is a new song.

Also featured are remixes of "Run" with Jadakiss and Lil Wayne, "Back Like That" with Kanye and Neyo, the Ghostface-dominated version of the Amy Winehouse hit "You Know I'm No Good" and the Mary J. Blige-featuring "All I Got Is You." As usual it should be well worth picking up a decent addition to any hardcore hip hop fan's collection.
Heres the listing
"Slept on Tony"
"Run" remix (feat. Jadakiss, Lil Wayne, Raekwon, Freeway)
"Kilo" remix (feat. Raekwon and& Pusha T)
"Be Easy" remix (feat. Ice Cube)
"Tony Segal" (aka Barrel Bros.) (feat. Styles P and Beanie Sigel)
"It's Over"
"Walk Around"
"9 Milli Bros." (feat. Wu-Tang Clan)
"Mighty Healthy"
"Apollo Kids"
"All I Got Is You" (feat. Mary J Blige)
"Cher Chez La Ghost"
"Back Like That" remix (feat. Kanye West and Ne-Yo)
"Street Opera" (feat. Sun God)
"You Know I'm No Good" (feat. Amy Winehouse)
"The Champ" remix
"Ghostface Christmas"

Check out the Amy Winehouse remix below
You know I'm no good
and heres the Run remix with Jada and Wayne
at November 16, 2008 1 comment:

Is Fat Joe an Arsenal Fan ? 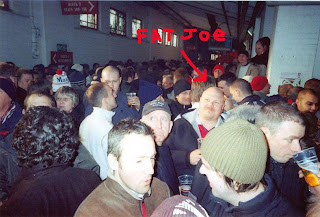 We all know Fat Joe as the overweight DITC member who jumps from hip hop band wagon to hip hop band wagon pledging allegiance to whatever crew will have him. He has however dropped a good few dope tracks over the years working with producers like Premier, Finesse, Showbiz and the Beatnuts to mention a few. But it appears that in between dropping tracks with Ja Rule and Ashanti he's been popping over to North London to see Wenger's boys play a few games.
A friend of mine sent me this picture taken at the old Arsenal stadium and either Fat Joe has been popping over to Highbury or he has a a twin, other Big Pun that is. I thought he may Represent the better North London Team, Spurs. Thanks for the picture Howard. Check the link below for one of Joe's finer moments with Premier.