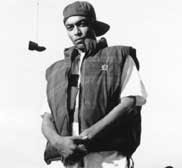 Heres a little gem for all you Queensbridge heads out there. Back in 1996 Mic Geronimo was getting ready to drop his sophomore album, Vendetta which had the lead single Unstoppable. Unstoppable is a very dope Pete Rock produced banger. The album featured production from; Pete Rock, Buckwild, Havoc & K-Def who were all dropping dope tracks at this time. But the album didn't make much noise and that was down to it being executively co-produced by Irv Gotti and the terrible use of a Cameo sample on the Jay-z featured track Single Life.
For some reason the track Queens Life wasn't included on the album, despite being a very dope track. For some reason this was only included on the Unstoppable promo 12". Its a typical mid-nineties Queensbridge jam featuring a dark ominous beat from Havoc and the usual crime related threatening lyrics from Mic Geronimo, Royal Flush and Prodigy. Queens Lufe seems to have been badly mixed because the beat is a little too loud and at times the rappers sound a little too quiet. Anyway this is a dope track that should be in any Queensbridge collection
Mic Geronimo-Queens Life featuring Prodigy and Royal Flush produced by Havoc
at July 27, 2008 No comments: 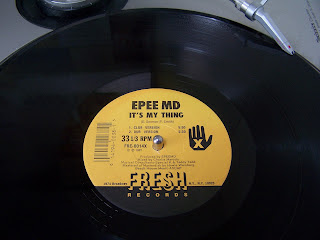 Back in 1994 I was working at a newspaper in London and one of the guys I worked with told me he used to be into hip-hop and I figured the guy used to like Hammer or perhaps maybe even Run DMC but I didn't pay it too much attention. Then one day he brought in about 5 albums and a few 12"s and he asked me if I wanted them. As soon as I saw what they were I snapped them up real quick. He gave me a copy of a Cash Money and Marvelous's Wheres the party album, MC Shan's Born to be Wild album, Long Live the Kane and some dodgy hip-hop compilations all of these were dope but the real gem was a copy of EPMD's first 12". This 12" was released in 1987 on a small label called Fresh (Sleeping Bag), who had already given us hits by Just-Ice and T La Rock. This is one of the most important debut 12"s in hip hop history. EMPD (or EPEE MD as its says on the vinyl label) dropped the double A side 12" of Its My Thing and You're a Customer in 1987 and ushered in a sample heavy funk laden era years before the phrase G-Funk was coined. The original 12" featured You're only a customer and Its my thing and dub versions of both of them like many 12"s at the time.
Its my thing is a phenomenal track that is made from three samples; Syl Johnson's 'Different strokes', Thomas, Tyrone & the Whole Darn Family's 'Seven minutes of Funk' and Marva Whitney's 'Its my thing'. The majority of the song is made up from 'Seven Minutes of Funk' with a vocal interpolation taken from Marva Whitneys 'Its my thing' and a little bit of Syl Johnson's 'Different Strokes' ( which has been used by too many people to to list but I will says that this like many other of Syl's tunes has been flipped by Rza numerous times). The end product of all of these is an incredibly funky joint that can still tear up a club more than 20 years later. 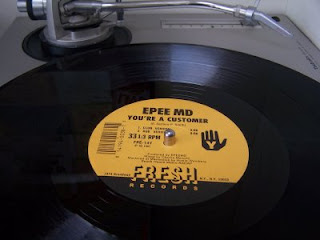 You're a customer is my favorite out of the two tracks on this 12" and shows just how great EPMD were back in the day. EPMD for me were always about the music, they're above average braggadocio emcees but when E and P combine behind the boards they produce some of the dopest early 90s bangers. The track is made up of two samples; one if Kool and the Gang's Jungle Boogie from their 1973 album Wild and Peaceful (EPMD used this track on at least another 5 tunes) and the other samples comes from the Steve Miller Band's 'Fly like an Eagle (which they also used on at least another three tracks).
Check out a rip of the original 12" vinyl and all the samples used in it by following the link below. 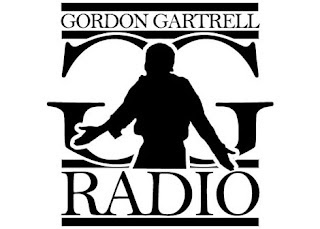 Any self respecting hip hop fan should own at least one of the fantastic Little Brother albums; the phenomenal debut The Listening, the dope Minstrel Show and the underrated Get Back. If you do have any of these albums you will no doubt be familiar Phonte one of the lyricists in Little Brother well Phonte has joined up with the talented Dj Brainchild to drop what is quickly becoming my favorite weekly podcast, Gordon Gartrell Radio. Phonte hosts the show and Brainchild drops some good hip hop with decent soul music. Phonte comments on news and answers peoples questions in his own inimitable styles. Do yourself a favor and subscribe to this podcast via iTunes you won't regret it.
Gordon Gartrell Radio 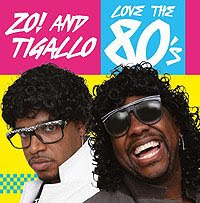 Another project that Phonte has been working on for a while has finally dropped and its well worth picking up, this is his 80s tribute album with a dope producer called Zo. The album features Zo putting his synth laden spin on great 80s pop tracks like; Aha's Take on Me, Toto's Africa and Spandau Ballet's Only Human. Phonte sings these classics in his own style without separating them from the originals whilst Zo re interprets these in a laid back hip hop style. You need to cop this EP especially if you were an 80s baby like me.
Phonte and Zo-Only Human
at July 17, 2008 1 comment:


Official video for one of the better tracks from Nas's untitled album, the Stic.Man produced Sly Fox. Which has Nas firing off a few Lyrical shots at Rupert Murdock Fox empire.
at July 11, 2008 No comments: 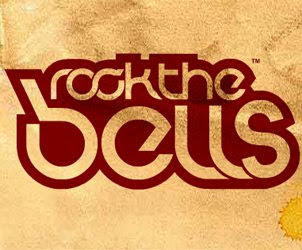 Since its announcemnet earlier this year I like many UK Hip Hop heads have been trying to get more information about the UK leg of the Rock the Bells tours that will be tearing up stages across the US this summer. Some more details have come out about the line up of the concert scheduled for September the 20th at London's O2. Appearing on the night will be; A Tribe Called Quest, Nas, Mos Def, De La Soul, Method Man & Redman, Raekwon, Ghostface, Dead Prez, The Cool Kids, The Pharcyde and some more yet to be announced artists. However tickets are'nt available for this yet and its not even listed on the O2's website. In fact the only show listed for September the 20th at the O2 is Howard Jones. The line up has also changed since it was first announced. Rakim's name has already been dropped from the line up, no surprise there as Rakim has already cancelled two UK jams in the last year.
The line up does look great. The tickets will be expensive and I prefer to see artists in smaller venues but I for one would not miss the chance to see Tribe back together again. Whether or not the concert actually happens is the next question.
at July 08, 2008 2 comments: 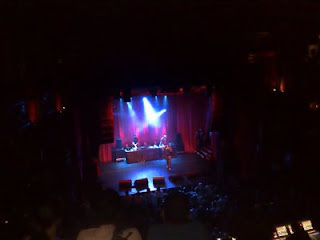 This week I was lucky enough to win tickets to see Sway and Roots Manuva performing at KoKo in Camden as part of the iTunes Live festival. The dude from Itunes said everyone had to be in by 19:5 which was kinda early but they gave us 10 free downloads form the iTunes store so that was cool. The show started early with Sway putting on a good performance. But the evening belonged to Roots Manuva who whipped the crowd into a frenzy with a hyped up performances of Witness, Juggle Tings and the new single Buff Nuff. Dope show.
at July 06, 2008 No comments: 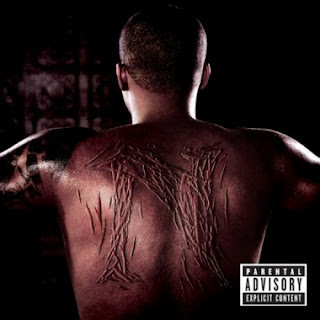 As we all know the new Nas album was originally supposed to be called 'N**ger' but Def Jam gave in to pressure and Nas was forced to drop that title. It now looks likes its going to be Untitled or simply N as the album cover above suggests. The album is 15 tracks long (although iTunes have managed to snag two bonus tracks) and features guest appearances from Busta Rhymes, The Game, The Last Poets, Eban Thomas of The Stylistics, Chris Brown, Johnny Polygon, Mykel and Keri Hilson. Production credits for the album include Nas's longstanding collaborator Salaam Remi, Polow da Don, DJ Green Lantern, DJ Toomp, Stargate, Cool & Dre, The Game, Mark Batson, Mark Ronson, Jay Electronica, J. Myers, Dustin Moore, and Stic.man of Dead Prez.
As with most true hip hop heads I was hoping to see at least one track produced by DJ Premier, Pete Rock, Large Pro or even Kanye West on this album but I was disappointed to see them all missing. However I decided that I would give the album a thorough listen before making any judgements.
The album's first track is 'Queens get the Money' and is produced by the much hyped Jay Electronica and is only 2 minutes and eleven second so is more like the album intro than a track in itself. The Beat is a sparse piano loop with no drums. The loop is short but dope and the lack of drums allows you to focus on one of Nas's best verses in recent years. There is no chorus, or scratches just Nas showing off his formidable skills on the Mic. There are political comments throughout the rhyme as well as lyrical metaphors that show us the genius behind Illmatic is still there. Some choice quotes from this track are;

"I'm over their heads like a Bulimic on a see-saw"

"Hip Hop was aborted so Nas breathes life into the embryo".